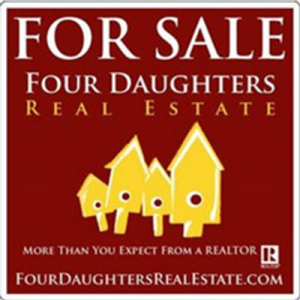 When people talk about buying or selling a home, the emphasis is usually on the market or on the house.  Although these are important factors, they are simply components of a much larger picture, composed of the decisions around move, the process and life changing events surrounding a sale, rental or purchase, and finally the emotional aspect of these changes.  For Jason and Cynthia it was a process from beginning to end. Here is their story:

It all started mid 2009 when Jason and Cynthia decided that they would like to start taking steps toward moving out of their once new construction town home and move to a house, with a yard, and a better school district.

About 5 years ago we walked into a Remington Builder in Round Lake, Illinois, and after several months their new home was built. This, in mind with the idea that this home will be new, close to Cynthia’s work, and a good place for their son.  Over the next 4-5 years they finished the basement, got to know their neighbors, and enjoyed living a pretty maintenance free lifestyle.

Although there were many benefits to their new home, there were also some drawbacks. Jason, being a lender with Perl Mortgage, commuted to the Chicago office nearly every day. Although there was a Metra station just outside of their subdivision, it passed his office with a far walk back.  Leaving early in the morning, and often waiting for traffic to die down in the evening, Jason was growing tired of the drive.

Additionally, the feeling of extra space and having their own yard was rising on the priority list.  Sean, their 6-year-old son, was getting older and although he had many friends in the neighborhood, their home location {a premium lot overlooking a pond} concerned Cynthia, worrying about Sean being close to the water. Kids would play in the driveways, raising other concerns of cars and traffic. Jason was looking forward to throwing a ball around with his son, or hitting some golf balls, of which neither were easy to do in a town home subdivision.

Finally, the Round Lake school system has been improving, but has ways to go. Being that Cynthia is a teacher and has much exposure to the school districts, she felt that better funded schools were within reach, but would require a different address.

For Sale? For Rent? Short Sale?

Due to the down market, Jason and Cynthia realized that the value of their home was close if not lower than the amount left on their mortgage. After adding closing costs, tax prorations and Realtor commissions, they would easily be upside down on their finances and exploring a short sale. The market was picking up steam, and the home buyer tax credit was extended opening some opportunities as well as options.

There was also another factor to consider: they didn’t just want to buy a house, but wanted to find “their home.” They had expectations that needed to be met by the new property with location, price and amenities. This took us exploring to see what’s out there and decided and if they found something they like, they would consider renting their home.

After a couple of weeks exploring some homes, as luck would have it, they walked into a home that fit their needs. Upon some research and emotional evaluating, we submitted an offer…contingent upon their home renting.  The seller considered this option however suggested that if they feel confident their home could quickly rent, to come back once it’s rented, and declined the offer until then.

In a hurry we listed the home…and waited…and waited…and price reduced…and waited. Rental applications came but with folks in distress. Divorce, bankruptcy, bad credit, pets…one after the next a feeling of comfort was lacking. Jason grew concerned about doing more price reductions due to the amount of the mortgage, taxes and assessments that needed to be paid every month. He needed to try to cover as much of them as possible with the monthly rental.

Their new home…suddenly under contract

Although we rushed to do what we could, after a follow-up call to the lister of their “new home” we learned that they accepted an offer earlier that week, and didn’t feel compelled to call us. That was a disappointment. Cynthia was getting tired of picking up the home every day after their son, working long days, and now with nothing to look forward to. Jason, was getting burnt out too.

Lets get it rented first, find a temporary rental, then find your new home.  Although this decision seemed exhausting, it was the ticket to get them moving forward with less worry.  Additionally, the home buyer tax credit opened up a new opportunity: With smart and committed budgeting, if they found a home in time to receive the credit, that money would cover the negative monthly rental.

After a $50/month price reduction an older family losing their rental to foreclosure approached and made for a great match.  Within a few weeks plans were in motion and the new tenants were scheduling movers.  This meant that Jason and Cynthia would need to progress in their next step – finding a temporary rental.

Because it typically takes 30-45 days to close on a new home, and that is from the time you find the right home, there was not enough time to move from their town home into a new home. We were able to fill the gap with a month-2-month rental.  However, there are some draw backs to short-term rentals:

There is however one major benefit to doing  a short-term rental:

Ability to leverage your buying power and peace of mind that one step is done and you can safely progress to the next. Contingencies are frowned upon today due to the unknown factors of when a string of deals will come together. Most home sellers avoid them, and if you want to buy a home and get it at a good price, you need leverage, not time pressure.  For Cynthia and Jason, a temporary rental was the answer.

Once they settled into their new temporary rental,  it was finally time to re-explore the market. Now, with leverage in their pocket, the only pressure upon them was the home buyer tax credit deadline. Secure a contract by April 30th, and close by June 30th. No problem….right?

Thankfully, yes in their situation. After numerous home searches and from crap to gems, we found their “Home’. (Let me get my Realtor Hat on for this…)

Nestled on a wooded lot, on a no-through quiet street, surrounded by older and newer homes, this home boasts a finished basement great for entertaining and family down time. A lovely 3 season room with electrical and windows for when you just need to get away.  Home has been updated with cherry hardwood floors throughout, newer kitchen cabinets, newer bathrooms, paint, crown molding and trim.  A gas start, wood burning fireplace will help set the mood after a long day of work. Located in Gurnee, in Woodland School District and all of Gurnee’s amenities within reach. Finally, a half-acre lot for extra space and play.

After going through the process of negotiations, inspections and mortgage, on June 1st, 2010 Jason and Cynthia closed on their new home.  Over the next couple of weeks they will make some changes to decorate their new home and make it just right, while they await the last couple of weeks of their month-2-month rental.

Congratulations Guys! You are resilient warriors, and survivors.